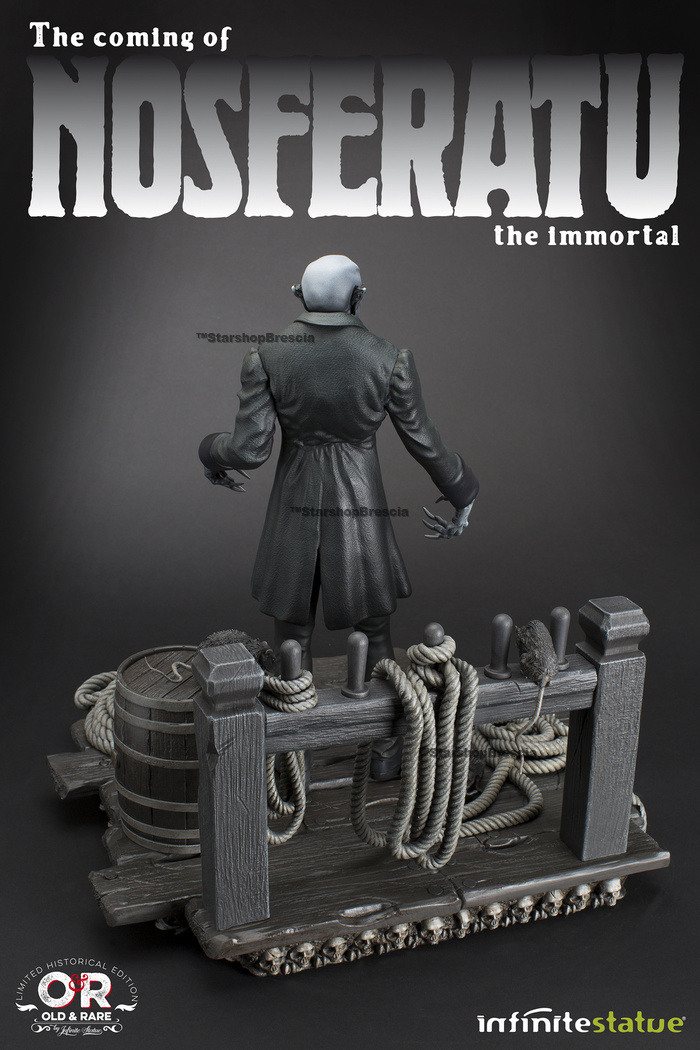 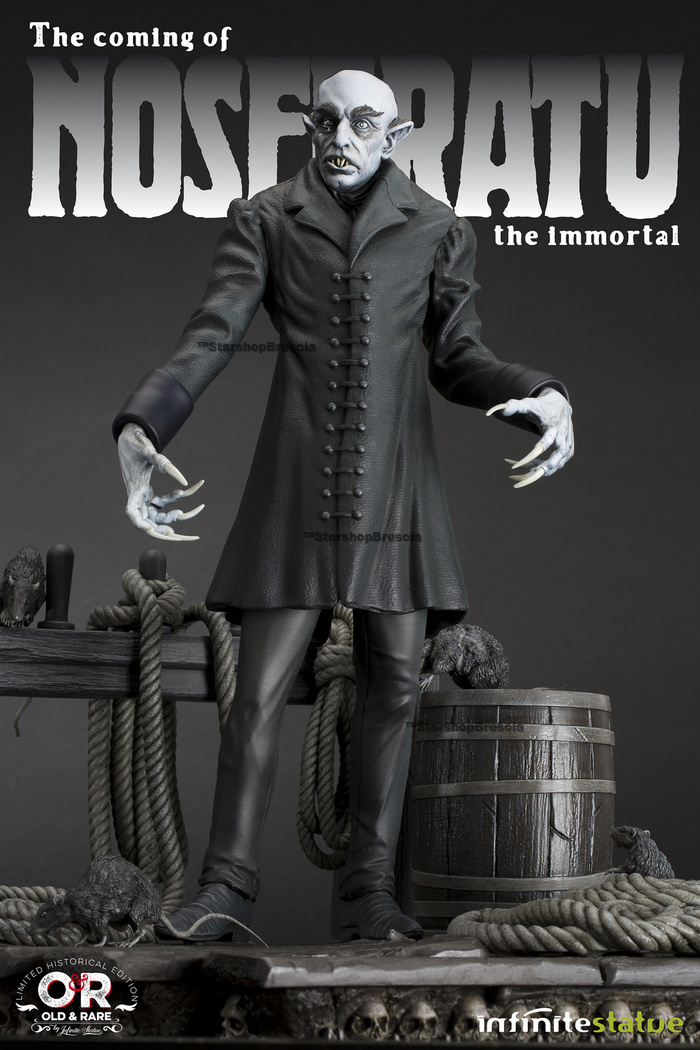 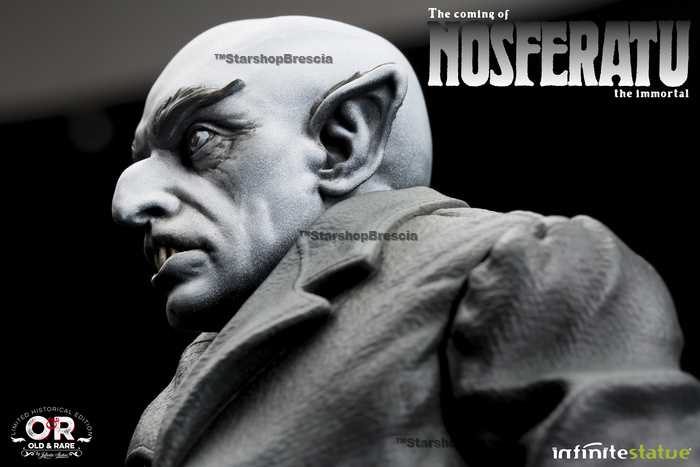 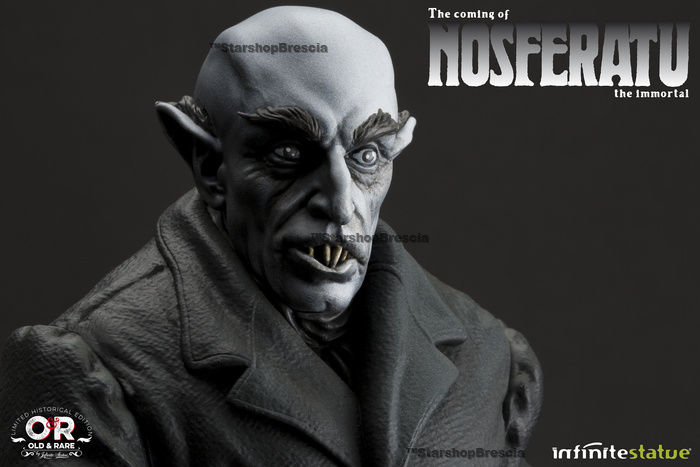 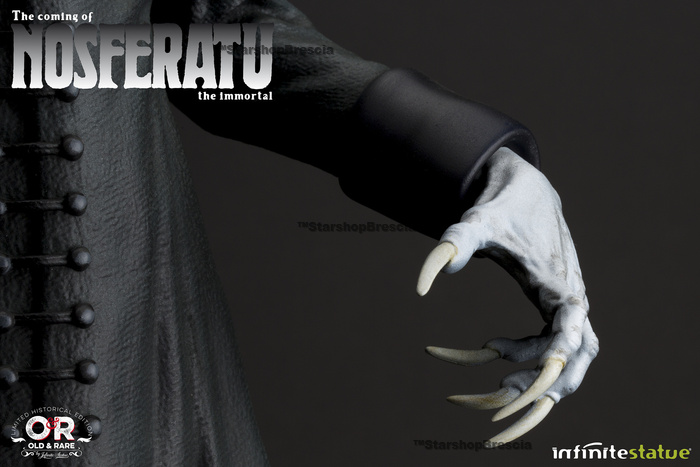 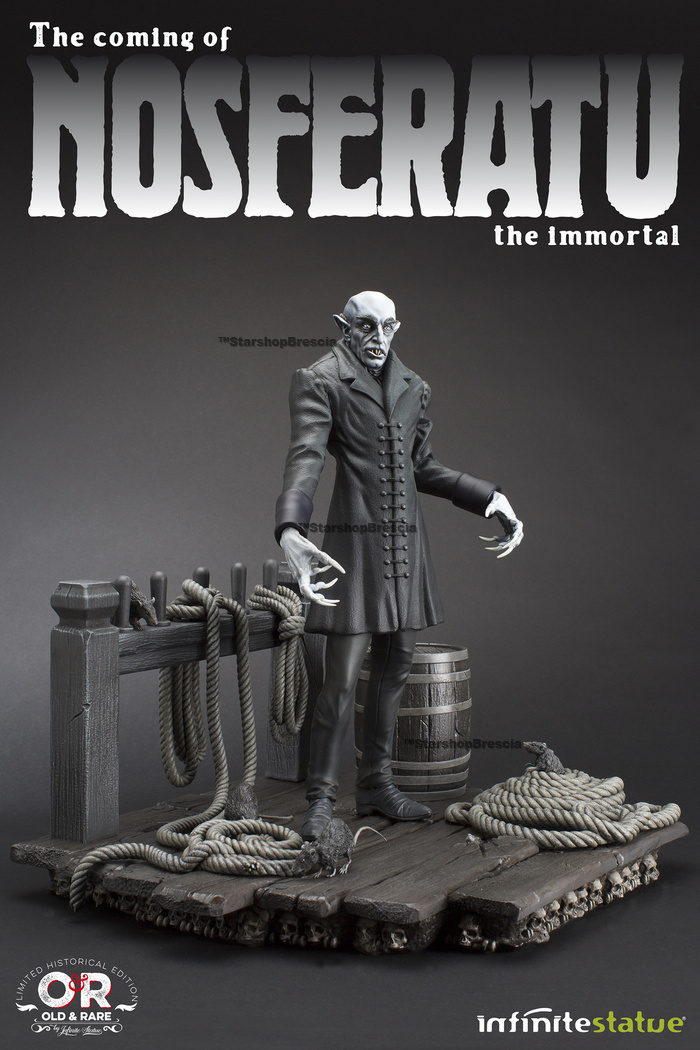 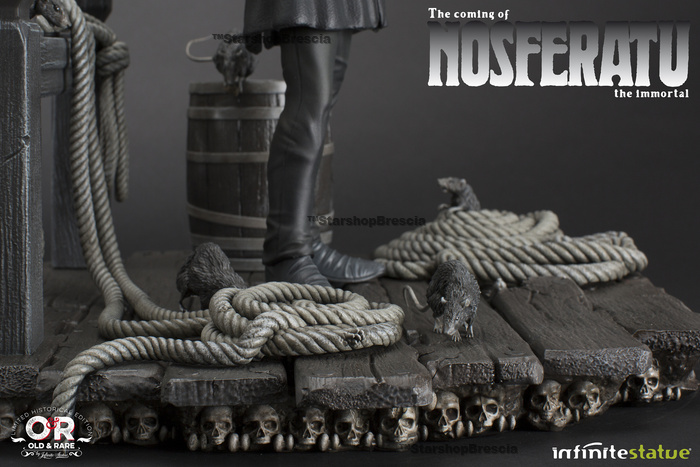 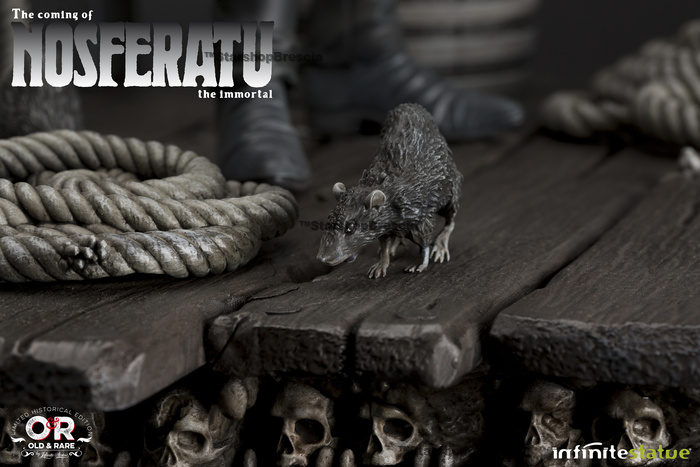 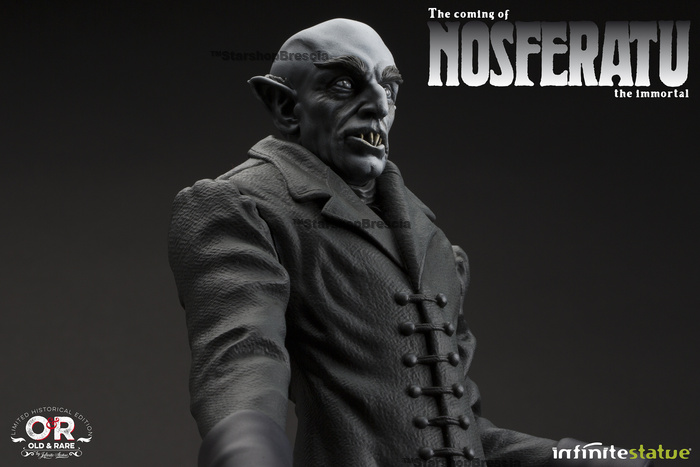 The archetype of a whole cinematographic genre and one of the greatest masterpieces in the history of cinema, Nosferatu represents how a film can still be a source of inspiration after almost a hundred years. This movie created legends and stories of those who worked on it, up to the birth of a proper veneration for everything concerning the film. (At the Stahnsdorf cemetery in Germany, the head of the director, F.W. Murnau, was stolen recently by unknown perpetrators.) Some claim that Max Schreck wasn't an actor but a vampire, others believe that Murnau went to the Carpathian Mountains to look for the "real" vampire..

The story, loosely inspired by Bram Stoker's Dracula, is the one that everybody knows but, despite the vampire appearing on screen for only 9 minutes, his character has become legendary, so much so that his profile and his long nailed hands are now part of the world's collective imagination. Nosferatu is the vampire par excellence, an immortal mysterious character known worldwide.

One of the highlights of the film is the arrival of Nosferatu on a ghost and rat infested sailing ship: this statue (with an intricate and highly detailed diorama) captures this moment in all its drama and aesthetic beauty.