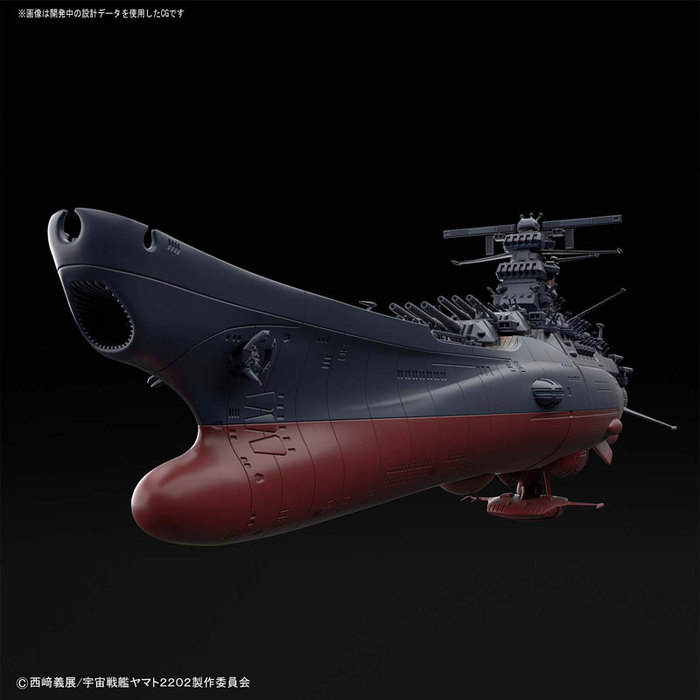 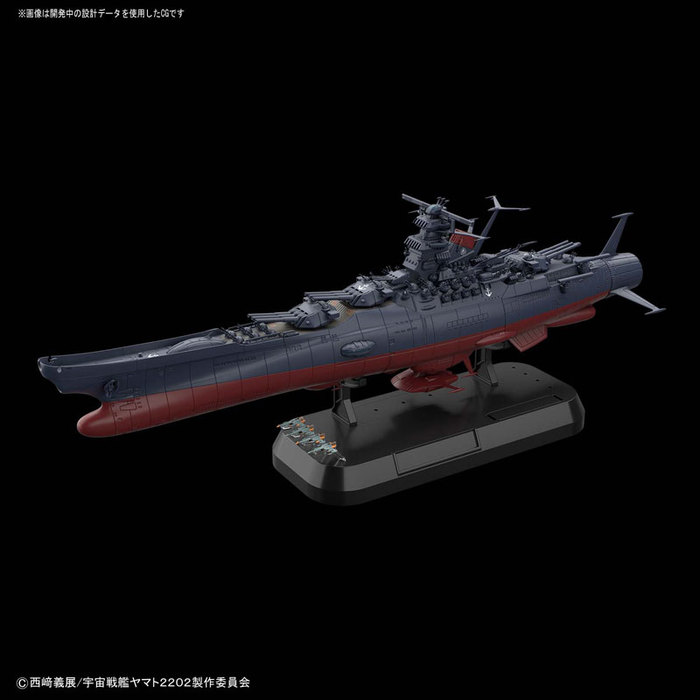 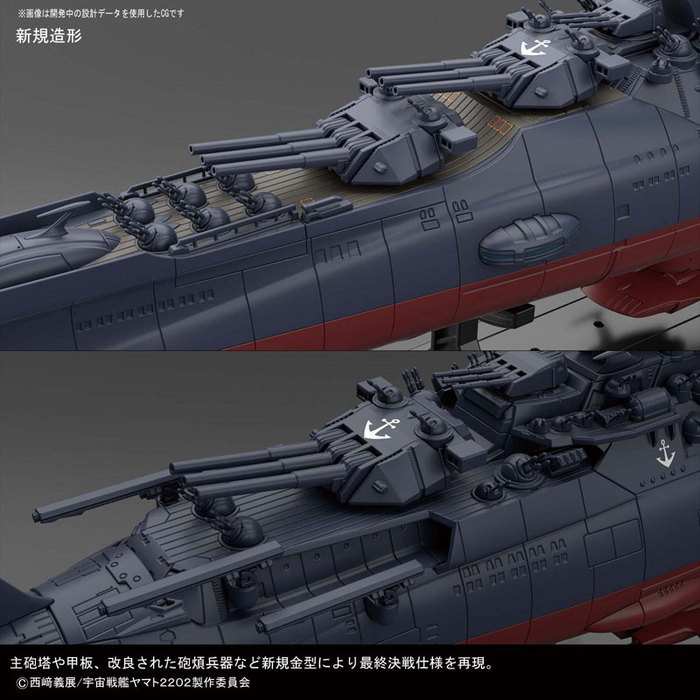 From "Star Blazers: Space Battleship Yamato 2202" comes a 1/1000 scale version of the Yamato as it appeared for its final battle! The final battle version has been recreated using new molds for the main turret and deck, as well as for the improved cannons. Even so, you have the choice to build this kit as the normal edition of the Yamato, instead!

A display base and Action Base 1 that can be used with the bottom of the ship are included. And, the bridge, wave cannon, and engine can optionally be illuminated using LEDs (sold separately.)