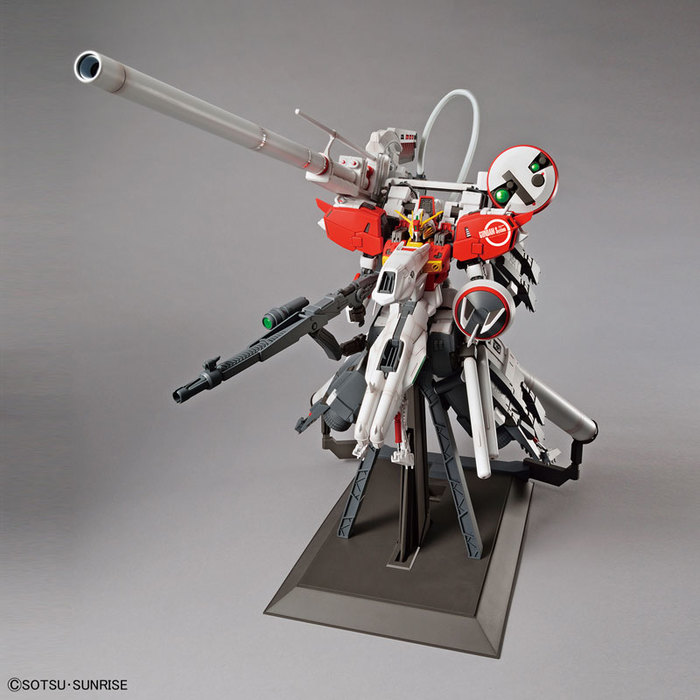 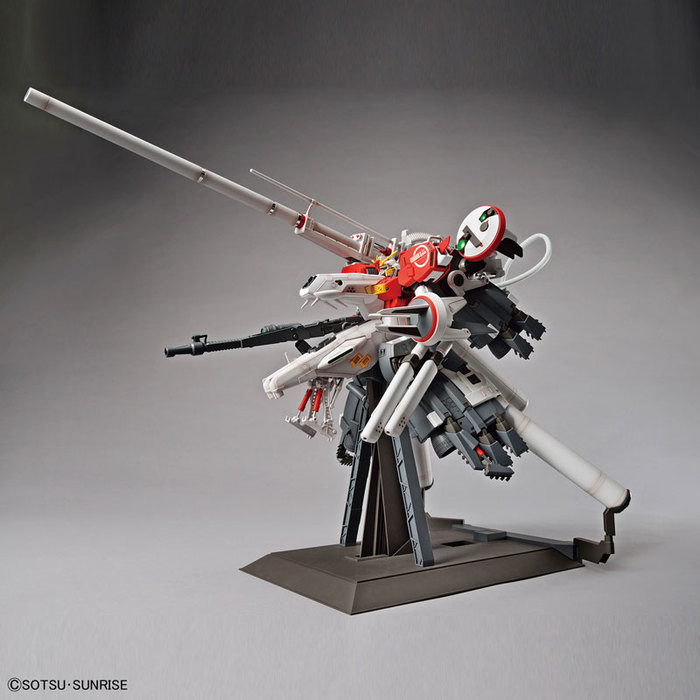 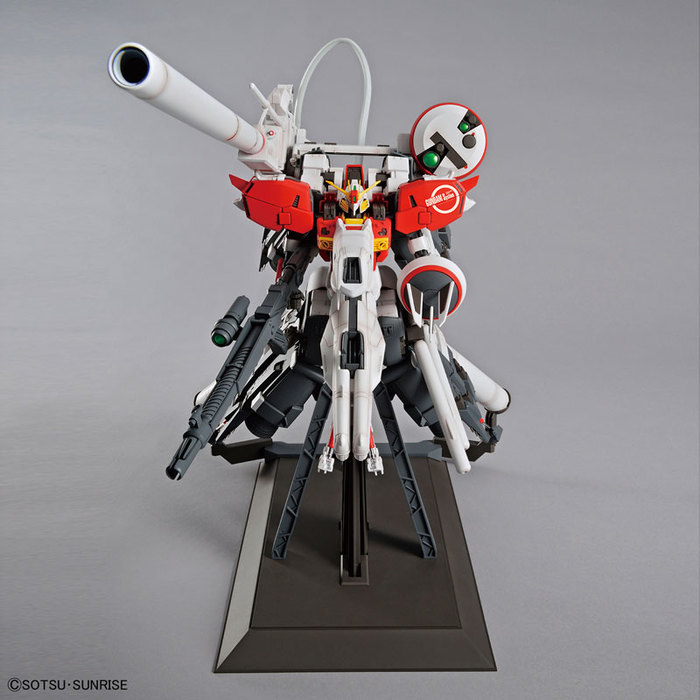 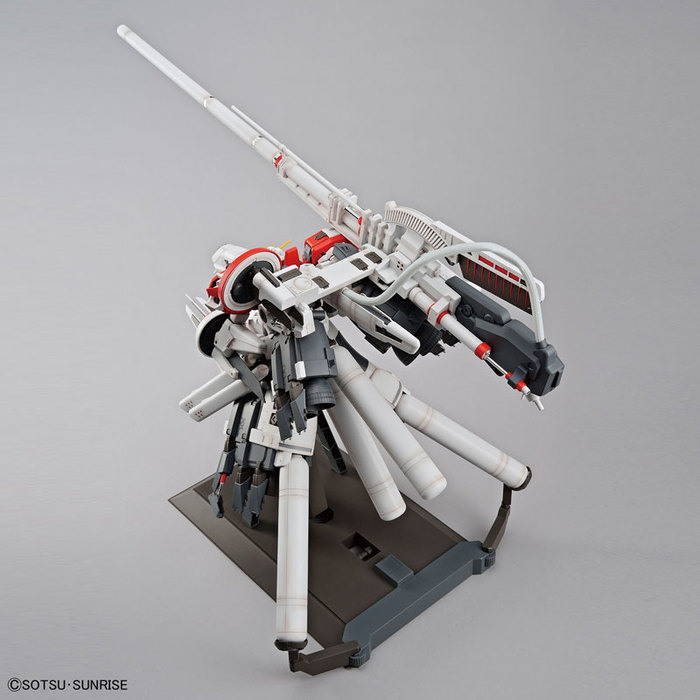 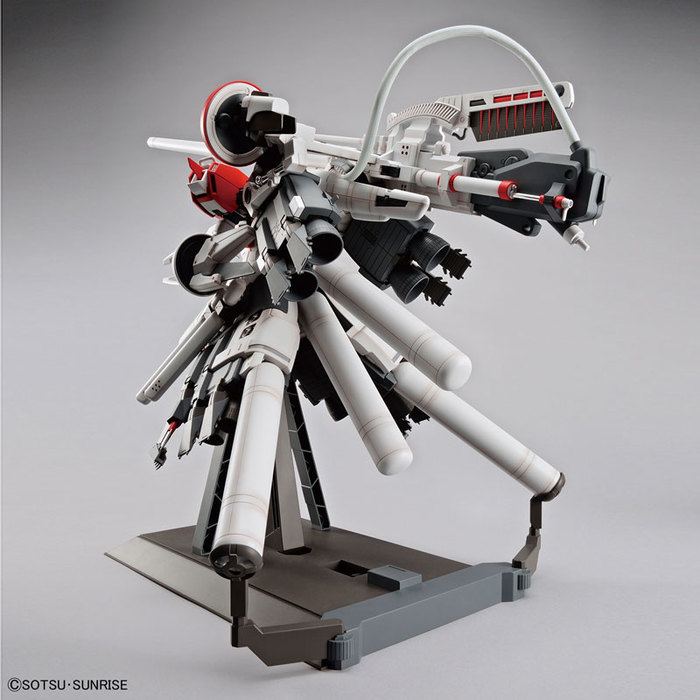 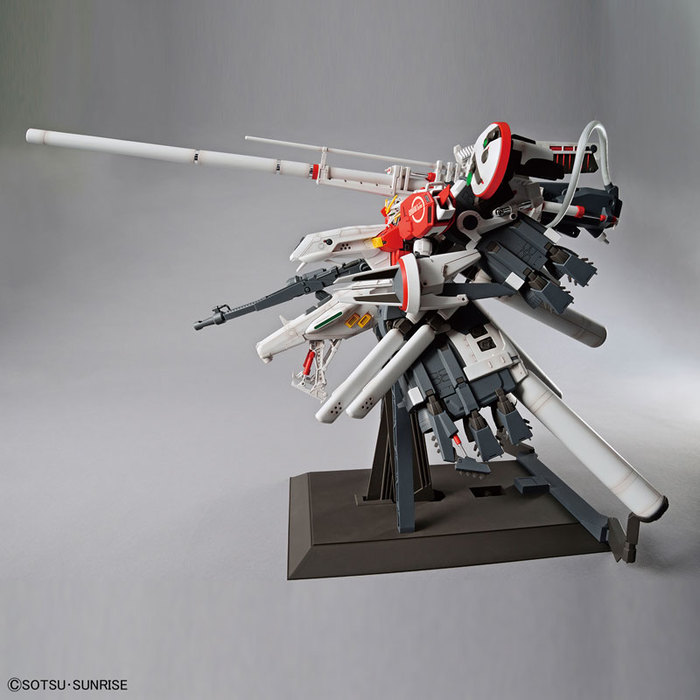 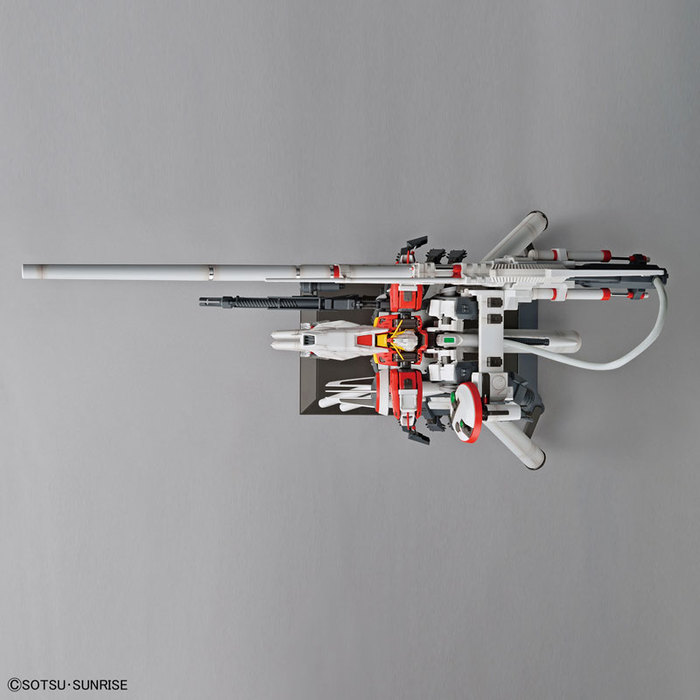 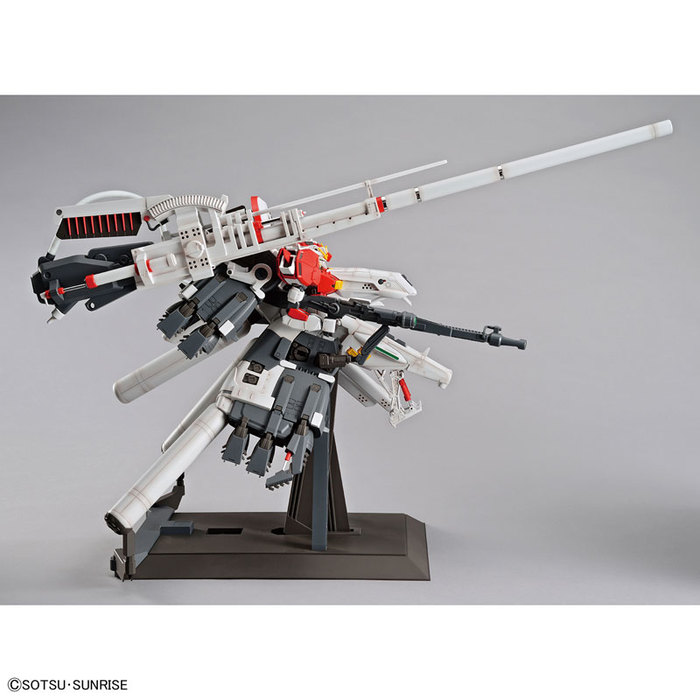 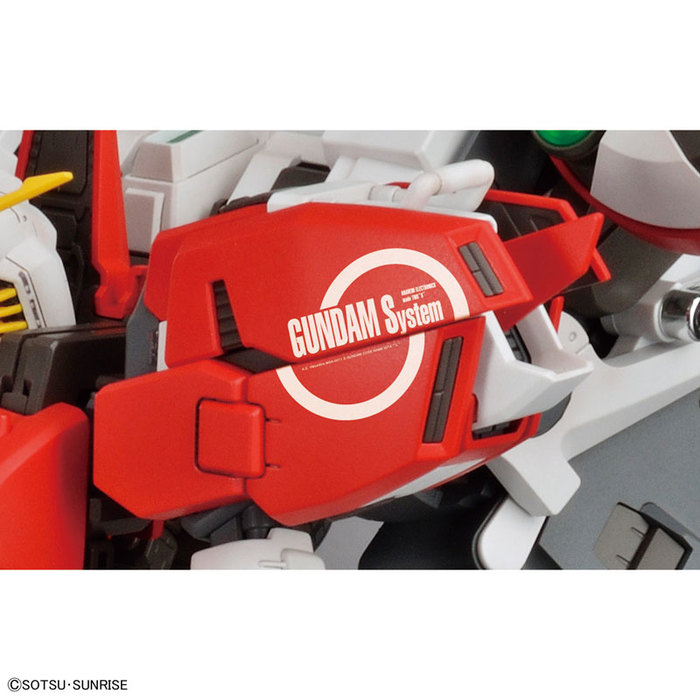 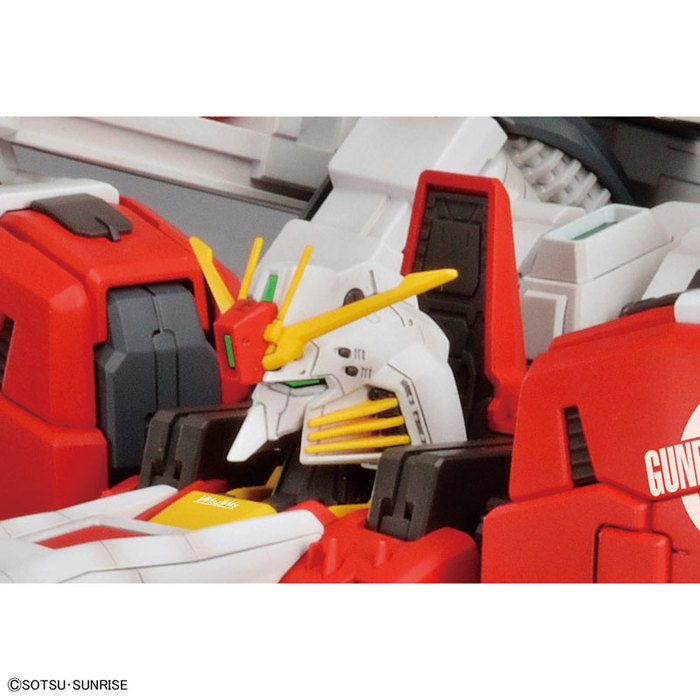 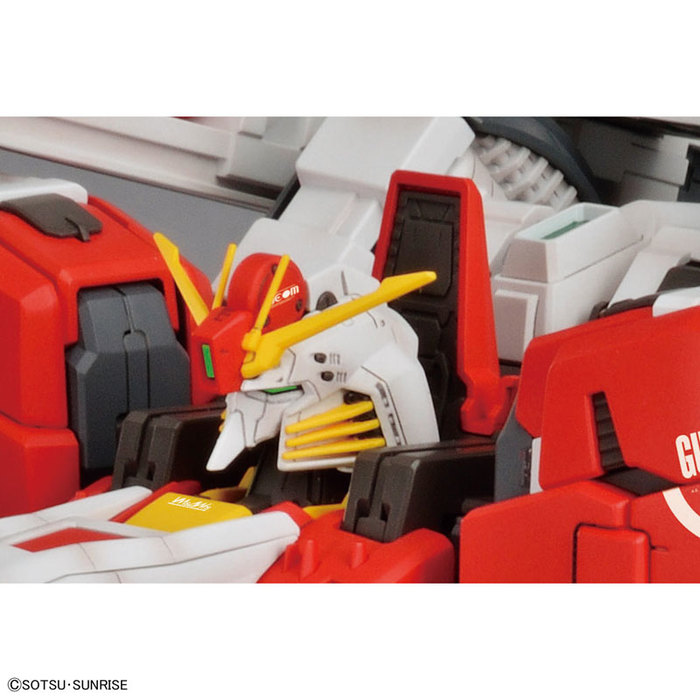 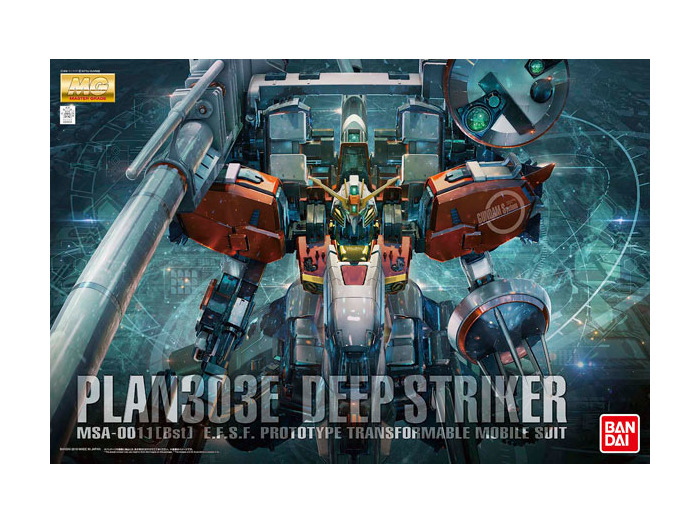 The structure of the Deep Striker, that at the time was considered impossible to recreate due to its complexity and size, is now faithfully reproduced.
Beside its distinctive large mega particle cannon, the disk radome, the additional armor etc., part of the S Gundam is also newly sculpted.

-Large weapons recreated like in the settings
The mega particle cannon is recreated in an impressive size of approx. 540mm. The complex details of the large disk radome, the multi-sensor etc. are finely reproduced, and the large boosters of the legs have a structure that makes it possible to spread them open. Its unique silhouette is recreated.

-"Reality" reproduced with different materials
The cable that connects the mega particle cannon and the tail stabilizer is made of mesh pipe. The various cylinder parts are plated to give them a heavy appearance.

-The S Gundam is also renewed with new parts
The head is smaller to make it similar to the settings. In addition, details have been added to the chest to also make it more similar, and the shoulder armor has a slide gimmick.
The head of the S Gundam can be chosen as the head part.

The box is slightly ruined.