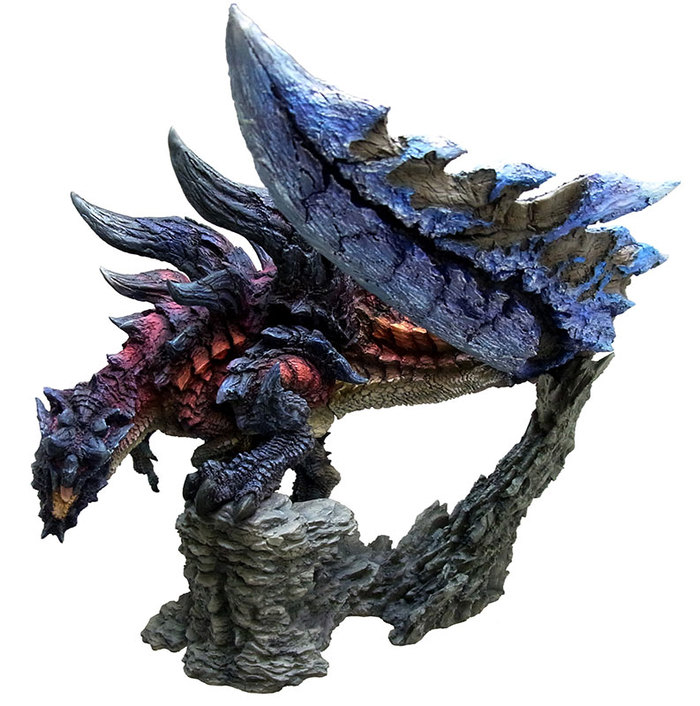 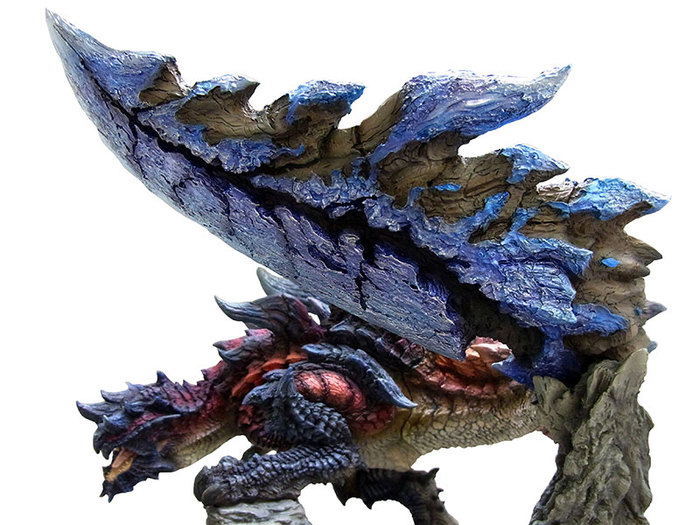 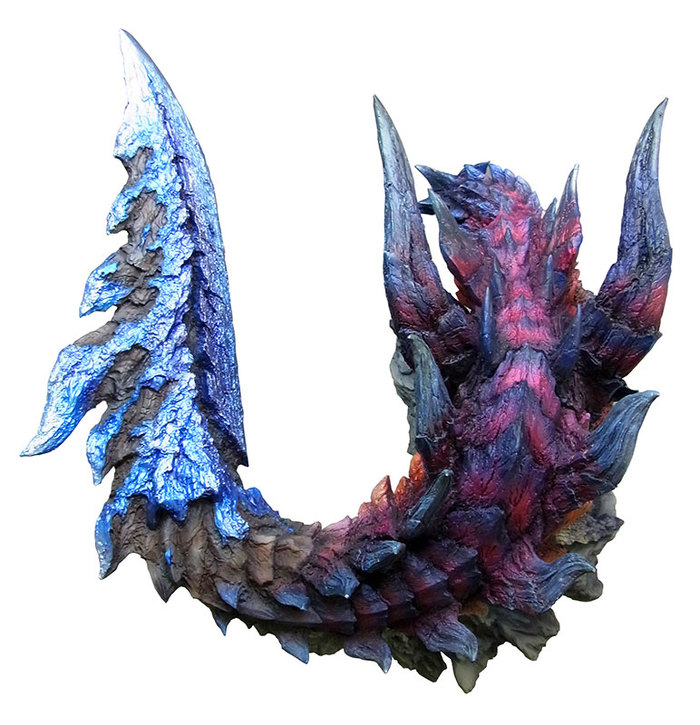 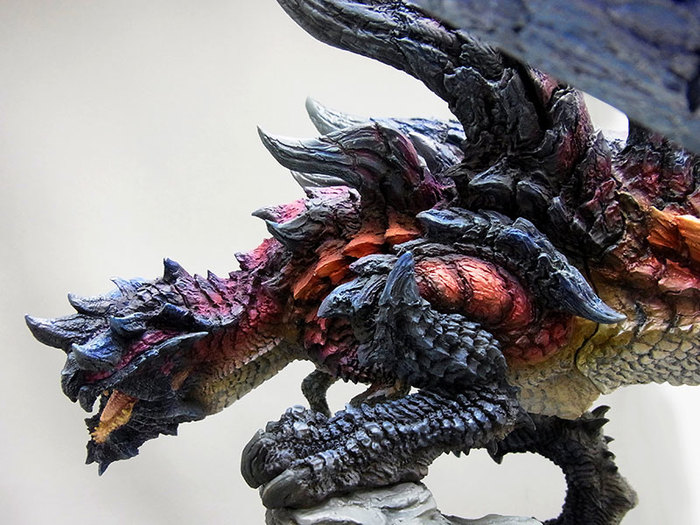 The Glavenus, one of the main 4 monsters of "Monster Hunter X" and also the one featured on the game's packaging, finally comes as a Creator's Model!
It is sculpted with its huge tail reminiscent of a large sword, which is also the origin of its title "Cutting Wyvern", and with a back crust looking like blazing flames. The figure faithfully captures its aggressive temper and fierce expression!